Warning: "continue" targeting switch is equivalent to "break". Did you mean to use "continue 2"? in /homepages/10/d210128362/htdocs/wordpress/wp-content/plugins/jetpack/_inc/lib/class.media-summary.php on line 77

Warning: "continue" targeting switch is equivalent to "break". Did you mean to use "continue 2"? in /homepages/10/d210128362/htdocs/wordpress/wp-content/plugins/jetpack/_inc/lib/class.media-summary.php on line 87

Warning: count(): Parameter must be an array or an object that implements Countable in /homepages/10/d210128362/htdocs/wordpress/wp-includes/post-template.php on line 284 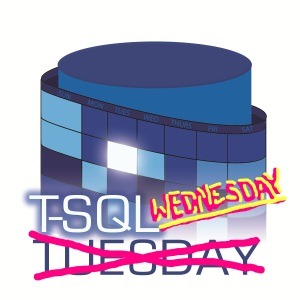 This is my first TSL Tuesday post, and actually my first run at blogging. And on a special new day too! I have been reading other’s blogs for about a year now and thought that perhaps I could contribute something that helps someone else out one day.

This month’s T-SQL Tuesday challenge: reveal your crap to the world. Why is (or was) it crap? Why did you do it? And how did you learn from your mistake?

Yup, I’ll admit it…I’ve written lots of crap code! I didn’t sit down one day and decide to write some crap code just for the fun of it. I wrote crap code because I didn’t know a better way to solve the problem at the time.

There have been plenty of times that I have gone back to review code that I wrote in the past and said, “Matt, why on earth did you do that?!?!” I don’t have any specific examples to share though because I try to fix the bad code as quickly as I can and burn the old code.

Some things that I have learned the hard way over the years:
1. Don’t believe everything you read on the internet.

4. Find a mechanism to test your code. In SQL Server, there are many ways to test how well your code is performing.

One thought on “My First TSQL Tuesday”